How Do Drones Work And What Is Behind The Technology? 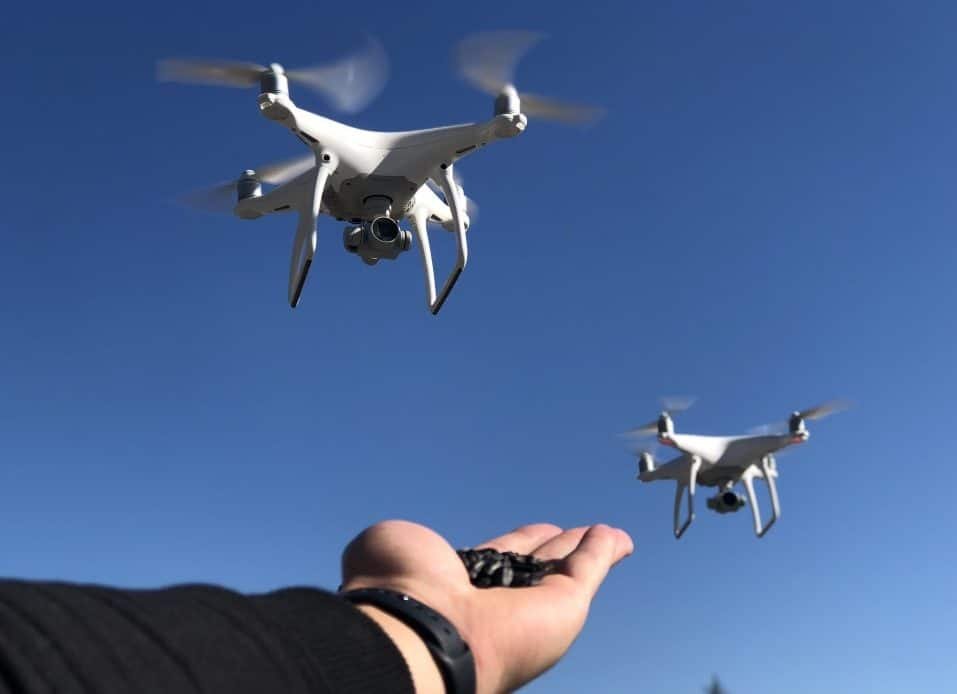 If you are thinking about buying a drone, this is a great place to start. In this article, we will help you to know more about the drone and how it works and technology enhancement. Drones use their rotors, which consist of a propeller attached to a motor to hover, meaning the downward thrust of the drone is equal to the gravitational pull working against it, climb when pilots increase the speed until the rotors produce an upward force greater than gravity and descend.

Nowadays, several types of drones are available through which can shoot videos and photos as well. They are made you to such unique material or stuff which is making them more popular in demand. Their versatility and the way they work is very enjoyable and fun-loving. Now we will talk about the types of drones, how they work, what are their limitations etc. So, without investing much time, let’s have a look at them:

How does a drone work?

The motors and propellers are the drone technology that moves the UAV into the air and to fly in any direction or hover. They receive data from the flight controller and the electronic speed controller (ESC) on the drone motor direction to either hover or fly.

2.4 gigahertz radio waves typically run drones. To interact with their aircraft, many drone controllers use WI-FI, which is transferable on the 2.4 gigahertz spectrum and is something that Smartphone and tablets can tap into without any accessories.

UAV stands for (Unmanned Aerial Vehicles) or RPAS (Remotely Piloted Aerial Systems). They are more commonly known as drones. Drones are used in situations where manned flight is considered too risky or difficult.

Drones come in a wide variety of sizes, with the largest being mostly used for military purposes such as the Predator drone. The next in size is aircraft, which have fixed wings and require short runways. These are generally used to cover the large sections of land, working in areas such as geographical surveying or the combat wildlife poaching.

Things to know about the Syma x5c-1

Such drones are known for their extremely durable and very easy to fly, the Syma x5c-1 is an excellent trainer drone that you can crash over again and over again. This is also similar to a drone like sharper image drone

How to keep the drone from flying away?

Here comes the upair one drone:

Upair one drone is known for its easy functioning and flawless performances, and it is the easiest drone to be operated by the beginners. Here are some of its benefits. Let’s have a look at them:

Its remote control of the Upair has a full color, seven inch LCD display monitor. This will let you control the drone easily and get a clear picture of everything it surveys. This drone has a 4K or 2.7K camera, which serves you with better pictures and videos.

What happens when your drones get out of range or control?

When the drone flies away, probabilities are it will either crash or collide with something. It totally depends upon the location; it might take a plunge in a body of water, or might lost its way in an open field and can crash into pieces.

How far can a personal drone fly?

As a general rule, aviation authorities recommend flying below 400 feet or 121 meters AGL in order to avoid any problems or issues regarding crash with manned aircraft such as airplanes or helicopters. AGL stands for Above Ground Level, or height from the ground or earth.

How to fly a drone in the right way?

Requests to fly a drone at night are the most common type of wavier requests the FAA receives. Currently, part 107 prohibits the operation of an sUAS at night- more specifically, a period of 30 minutes before sunset.

Here we are with some FAQs and its answers:

What is the price of a common drone?

Name some best drones to be brought.

Ans. Here are some of the best drones:

How can drones be dangerous?

Ans. A collision with even a lightweight drone could result in severe and expensive problems. A small drone impacting an engine would be unlikely to cause a crash, but it could easily cause the failure of that engine and millions of dollars of damage. Small drones are invisible to air traffic control and onboard radar.

Laws regarding drone at New York

Now we are here with a conclusion, and that is the drones are beneficial in several things; all you have to do is to fly them according to the given instructions. Drones are costly if they crash then you have to bear a huge loss, to avoid such conditions take care of the special instructions given for drone to avoid any conflict.

How to Secure Your Drone from Hackers - Easy Simple Steps

What Are RC Helicopters, RC Sailboats and Underwater Drones

​How High Can A Drone Fly? Capabilities & Regulations Explained