Why are kids obsessed with cars and trucks?

Some children are obsessed with dollhouses for their favorite Barbie doll, some have proximity for tables and chairs, and others have an intense relationship with bikes. The same is true for cars and wheeled toys like fire trucks.

Many parents ask us “why are children obsessed with cars and trucks? Well, science can answer this question accurately. We have researched a few studies to find this answer and we are going to share with you the most authentic information. Read on!

Most often, boys are attracted to cars and trucks. When you give your baby boy a wide range of toys for play, you often see that he will pick up cars and trucks. Experts argue that cars and trucks are toys, which allow male children to interact with each other physically.

Girls, on the other hand, show affection towards dolls. This is why a girl child will choose a doll to play with – when you present a range of toys to them. Indeed, kids play differently at different ages.

However, you see this pattern across the board. Simply put, boys love to play with masculine toys and girls prefer feminine toys like dolls. Psychology shows that gender differences play a huge role in it.

Is It Gender Stereotyping?

No, it does not show any gender stereotyping. Research shows that children pick toys according to their specific preferences. They choose a toy that fascinates them or toys they find interesting.

With the development and growth of children, there are some other factors, which also come into play. When your child grows older and he or she starts playing with other children – for instance at the age of 4 or 5, you will see that your child begins to get this kind of social influence.

So, if a girl child wants to play with a car – let’s say 12V Ride-on Cars at this age – but at the same time, all her friends play with dolls or something – and she wants someone to play with her, it is completely natural she is going to play with her friend’s choice of toy. This, by no means, show stereotyping.

While gender can inform children’s toy choices, there are many other factors at play when it comes to this type of fervent interest. It is not just cars and trucks. Children at ages 4 to 8 can also be obsessed with beetles and bugs. Some are even obsessed with vacuum cleaners. So, research shows that children can be obsessed with many things and even to things that researchers do not know why.

Scientific studies have not found yet the individual characteristics, which make a child obsessed with a certain toy. For instance, one child shows an obsession with activity tables and others about a fire truck. In this sense, researchers have made substantial efforts to find these patterns of obsession and likeness towards toys. 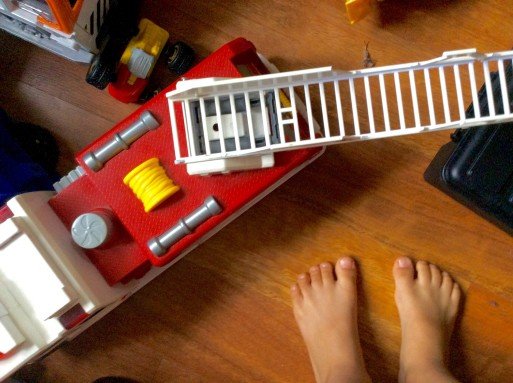 By nature, boys and men were traditionally involved in tough physical activities. For instance, they were mostly hunter-gatherers, which means they required a thorough comprehension of different tools to work in a three-dimensional space.

Girls and women, on the other hand, were traditionally involved in caring tasks as well as keeping the community together. This is one theory that illustrates the choice of cars and trucks by male kids.

Likewise, researchers have found that kids may group cars and trucks in the same category as their favorite toys. For instance, if you think about a fire truck toy with big headlights, they look like eyes. This is why children associate them with living things just like Andy plays with cars, trucks, and other cars in the popular movie series known as “Toy Story.”

Children, thus, think about cars and trucks in a similar way to how they thought of living things like animals and horses – for instance. Cars and trucks are moving objects and this is why children love to watch and play with such interesting toys.

Do hormones affect the choice of toys?

A recent study has found that toddlers with adequate levels of testosterone hormone are more active than children with lower or inadequate levels of this hormone. However, when a toddler is active, he moves around as much when holding a ball or when he plays with a car or truck. The researchers of the same study concluded that they found no reason to know why boys prefer higher levels of activity.

However, another study found that boys tend to develop greater spatial navigation abilities. When it comes to mental abilities, there is an advantage to male kids when they take an object and rotate it in their mind. It is something like manipulating objects like wheels and balls in space, which is one of the ways this spatial navigation develops fully.

Researchers, however, argue that this could be speculative. On the other hand, the superior spatial abilities of boys are liked to their traditional roles as hard workers and hunters. This mechanism evolved in males from their ancestors – affecting their genome – and thus the masculine hormone testosterone allows them to be involved in higher intensity activities like playing roughly with cars and trucks.

Ride-cars and trucks captivate kids and this is why for the last couple of decades, many companies are making these big toys. In today’s article, we have told you why kids – especially male kids are obsessed with cars. Researchers argue that they need to do further research on finding psychological patterns in kids for preferring cars and dolls respectively.