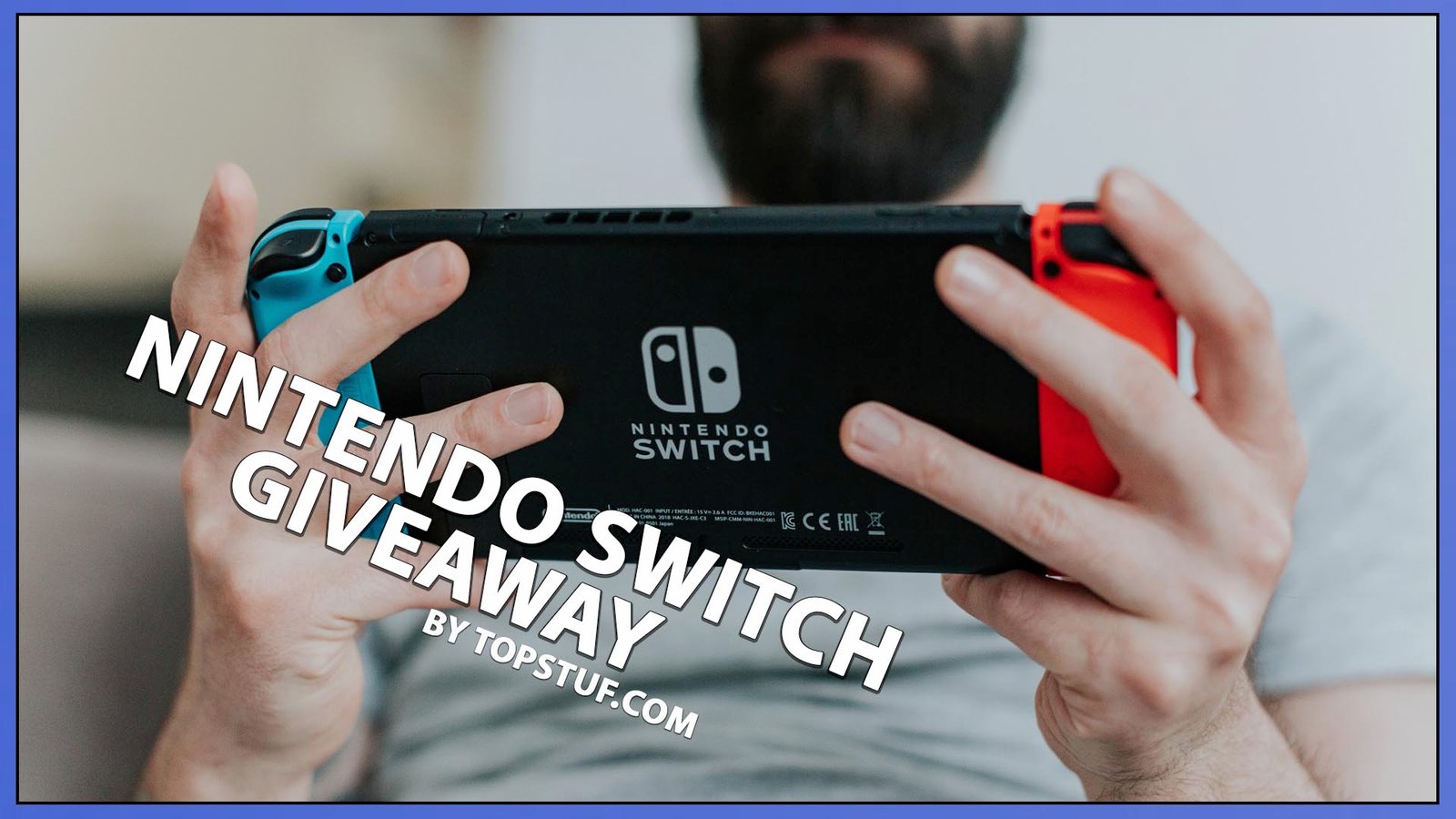 Get A Free Nintendo Switch By Entering This Giveaway

Only 12 left. Competition is still low, do not miss this chance to participate!

Increase your winning chances by 5 times. Complete the social steps below.

Don’t forget to include a hashtag #nintendoswitchgiveaway so we can track the winner!

All work and no gaming makes Jack a dull boy! Modern-day gaming is indeed a stress buster and quite frankly one of the most entertaining things on the planet. Plenty of consoles release every year, but those are nothing compared to the Nintendo Switch.

After the Nintendo Wii, it was only a matter of time when Nintendo released another groundbreaking piece of technology. Cut to 3 March 2017, Nintendo switch was introduced to the world, and just like it’s predecessor, it took over the world like a pandemic (joke intended).

One can play single and multiplayer games on the console. What’s best is that it can transform into a handheld gaming system when you are outdoors. Gamers across the world have expressed their excitement for this console, especially for its new Joy-Con controllers, which are state of the art gaming equipment.

We want to share this fantastic experience with our loyal customer base. Here is a chance for you to win a brand new Nintendo Switch! By simply following a few steps, you could be on your way to win the console of the year. Don’t worry about saving up and spending tonnes of money on a brand new Switch!

The device has a wide range of modes best suited for the comfort of players:

1. TV mode – Players can connect Nintendo Switch for HD gaming on their TV while using the Joy-Con controllers to its fullest.
2. Handheld mode – One can unlock the console and activate the portable mode to use it as a portable gaming device.
3. Tabletop mode – Players can flip the stand and make the screen shareable if more than two players are participating.

This giveaway can get you a chance to experience gaming at a whole new level. Here are a few features that might intrigue you about your new (possibly) Nintendo Switch:

● The Nintendo Switch comes with a 6.2-inch tablet with multi-touch and capacitive touch screen with a resolution of 1280 x 720. Portable gaming has never been clearer.
● The console comes with two removable Joy-Con controllers. So, one console is plenty for two.
● The Switch also comes with built-in amiibo support. Have the same Wii experience, but only better!
● The Switch is equipped with a 32GB internal storage space that can be increased with a microSDHC or microSDXC card up to 2TB.
● The Nintendo Switch also comes with anNVIDIA Custom Tegra processor.
● It also comes with Wi-Fi compatibility(IEEE 802.11 a/b/g/nac)(*) and Bluetooth 4.1
● Do not worry if you came here to win it for your child, the Switch comes with a Parental Control .
● And finally a battery life of 2.5 – 6.5 hours.

One of the less known features of the Nintendo Switch is that one can browse the web on it! It is indeed a nifty tool that can be useful at any given time. So, enjoy surfing through the internet without opening your phone or laptop.

To activate the browser, you will have to go to the system settings and then connect to the available Wi-Fi. Once connected, you will get the option to use Google Chrome, so switch on the Switch and browse away.

Use it as a remote

Another unpopular feature about the Switch is that it can be compatible with your TV settings. If the console is hooked up to the TV, hit the home button to turn on the television.If the home button is not responsive, another key might be set as default

You can change the settings accordingly in the System Settings, TV Settings, Match TV Power State. You can turn specific settings on in the Switch to make it more compatible with other devices and appliances.

How to enter the Giveaway:

Nothing you have to do just enter the details in the form above. As soon as you fill-up the forms, you are automatically being added to our giveaway list.

This is the terms and condition. So, what are you waiting for? Grab this opportunity soon before the giveaway runs out. We hope that the next lucky Nintendo Switch winner will be you.