Top 10 Best Vegan Documentaries That Will Change Your Mind

Everyone has a favorite film, be it a comedy or an action film. But how often do you see films that can change your life to 180 degrees? Veganism is more than just a trend – it is an action towards reducing environmental damage and animal abuse. Whether you want to convince yourself or you want to change someone's life, here are some of the best vegan documentaries you can see.

Despite being released in 2017 only, Okja became a cult film before it was even released. The film revolves around a young girl and her friendship with a genetically modified pig – Okja. The animal is chosen to become the image of a mass farming campaign led by the Miranda corporation.

This is when the action turns out to be dramatic. While it has a series of funny scenes too, Okja sends a powerful message that can change anyone's life right away.

If Okja will turn you vegan with its dramatic effect over animal abuse, Food Inc goes in a completely different direction and aims to target environmental advocates who want a better world. The documentary is extremely powerful and comes with actual facts.

It was released in 2008, but it is still one of the best vegan documentaries out there. It analyzes the way the food consumption has altered over the last half a century, not to mention the harmful effects of the meat industry over the environment.

Raw may not have its place among vegan documentaries, but its message certainly does. Released in 2017, it came out as a horror. It tells the story of a veterinary student who is vegetarian. However, out of nowhere, she discovers the taste of meat and falls in love with it.

Some of the scenes can be shocking, while the overall message is quite challenging. Although not a documentary, it feels like one through its purpose, so it is worth a watch if you can sit through to the final scenes.

Narrated by the famous Joaquin Phoenix, Earthlings brings in some dramatic scenes that many meat eaters will find hard to watch. The documentary came out in 2005 and goes deep into the details of the meat industry.

Some of the scenes are distressing, but they do work if you want to turn someone vegan or you need to reassure yourself of your decision. The film explains why and how animals are being exploited for food, clothing and entertainment.

Backed up by Leonardo DiCaprio and made by Keegan Kuhn and Kip Andersen, What The Health shows the deadly effects of agricultural farming over the environment. However, the documentary is made like an investigation film.

One of the film makers reveals the dangerous effects of meat over Americans, as well as the longterm dangers in one's life – all these while disclosing the shady food industry and farm operations. The message is powerful and will trigger veganism in watchers from multiple directions.

Leonardo DiCaprio's struggle to underline the negative effects of meat are visible with yet another documentary he contributed to. The film is crowd funded and came out in 2014. The same version with some improvements from Leonardo DiCaprio came out a year later on Netflix.

It is not necessarily focused on animal abuse, but on the environment and the global warming. While some facts have been slightly altered for a more dramatic effect, the message of Cowspiracy makes it one of the best vegan documentaries out there.

Supersize Me will not necessarily make it as a vegan documentary, yet it might have this effect. It shows the negative effects of eating meat, but in a different way. Released in 2004, it shows Morgan Spurlock's venture as he eats McDonald's every single day for a month – nothing else.

Not only did he put on 24 pounds, but he also started experiencing sexual issues and depression. In other words, Supersize Me discloses the effects of excessive meat consumption and fast foods. Its links with veganism are indirect, as it is mostly focused on another common problem around the world – obesity.

Rotten is not a film, but a small series released by Netflix – even better, as there is plenty of time to assimilate even more information about the industry. Each episode comes with a different investigation and results related to the food industry.

Some parts are business related and talk about the money factor, while others are more ethical and disclose the sad origins of meat. Not every episode talks about the meat though, but the authors portray the hidden effects of the honey and chicken production, as well as other foods that can affect the population.

Carnage comes from a direction that no one would expect. When he is not busy amusing or entertaining people, comedian Simon Amstell is busy working on his veganism based projects. Carnage is not really a documentary, but a sci-fi film. The action is set in the future.

The new generation is entirely vegan and displays shame and embarrassment while looking back. Some might see it as a dark comedy, but the truth is it can turn people into vegans in a more relaxed way, without any footage of animals being severely abused. 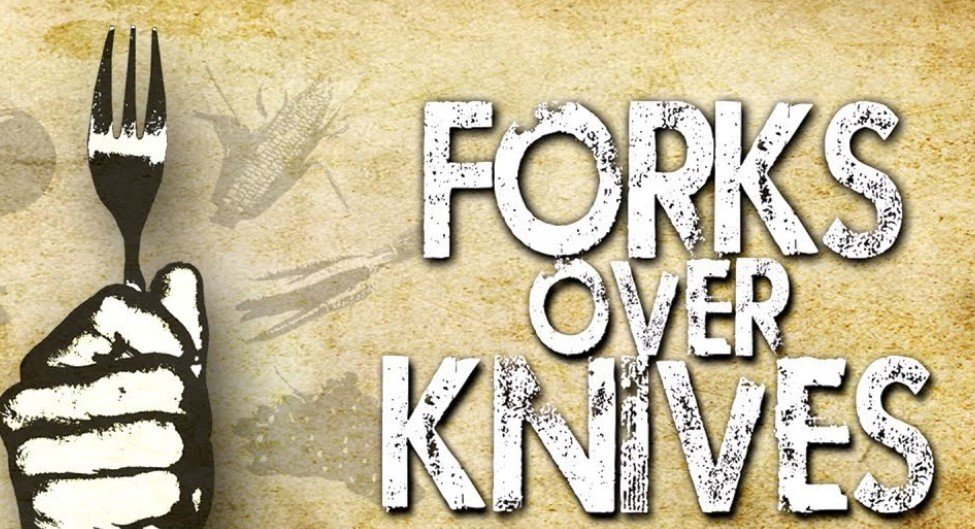 Despite being focused on the American lifestyle, the action in Forks Over Knives can apply pretty much anywhere in the world. Released in 2013, it is still one of the best vegan documentaries out there and can seriously challenge one's dietary choices.

The action analyzes the effects of meat over a new epidemic – obesity. It tells the audience how such an unhealthy lifestyle costs the USA more than $120 billion a year and how everything can be changed with some small dietary changes.

Bottom line, these best vegan documentaries make a great series for you and your loved ones to watch when in need of a challenging film. While not all of them are ranked as documentaries, they will certainly have similar effects over the audience.